and for the 45th wedding anniversary

This is known as the gemstone of royalty.  For centuries, dating as far back 12th century B.C. there are stories and folklore which have given the sapphire its charisma.  Some legends have Helen of Troy owning a very large star sapphire which some say may have led to her desirability as it may have increased her allure.

The word sapphire is thought to be derived from the word sappheiros which we believe refers to lapis lazuli, also a beautiful shade of blue.  When sapphire is mentioned, most people first think of the color blue, but sapphires can be many colors.  From blue to pink to yellow and green and many shades in between, sapphires captivate us with a magical appeal.

Many blue sapphires are found in Thailand, Sri Lanka, Myanmar, Africa and even in the state of Montana.  The most prized blue was found in the region of Kashmir, high in the mountains, in an area so remote it was difficult to gain access.  The Kashmir blue sapphire is likened to a medium dark, velvety, cornflower blue with such depth of color the gemstone enchants at once.  Today, it is a rare gemstone indeed, and once seen, a person never forgets the mesmerizing quality of this famed gemstone.

Sapphires, which are from the corundum species of precious gemstones, rate a 9 on the Mohs hardness scale (1-10) which makes them ideal for everyday wear.  Today, we see more sapphires used as an alternative to a diamond engagement ring. The famous blue Sapphire engagement ring belonging to Princess Diana is now worn by Kate, Duchess of Cambridge.

Another less common sapphire is the star sapphire which is caused by the phenomenon known as asterism.  The six-rayed star is caused by the arrangement of needle-like inclusions which is most distinctive when this gem is cut cabochon style. 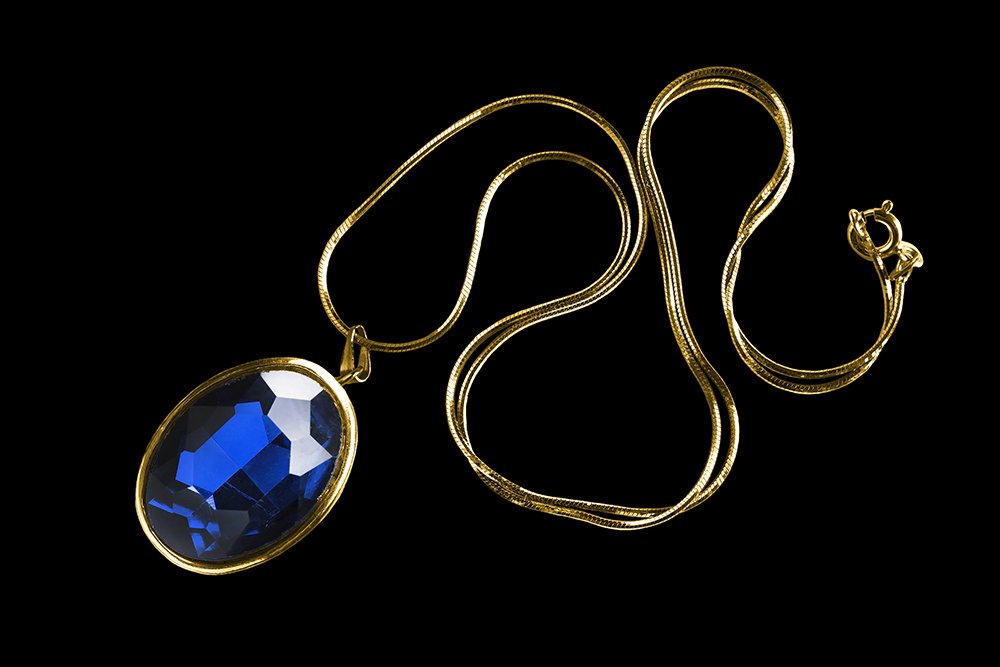 DECEMBER HOURS
Happy Holidays to One and All!

As always, we remain committed to providing jewelry and watch repair services in a timely manner and MOST repairs can be completed in less than two weeks. However, we may not be able to complete routine repairs from December 10-24th until the last week of December UNLESS they are to be gifts. We can replace watch batteries while you wait (if not too busy) otherwise within one business day. For custom jewelry and appraisals, we strongly suggest that you make an appointment so that we can offer you our unhurried and uninterrupted time and attention.