the jewel of kings

Long considered the jewel of Kings, the beauty and rarity of an emerald is unlike any other gemstone.  It was once used as a talisman which was believed to make one think more clearly, become more articulate and have sharp wits. Truly valuable gifts for a King!

Emeralds were thought to protect against demons and used for medicinal purposes against poisons and infection, they were even thought to cure dysentery.  Such is the folklore of this captivating gemstone with its vibrant yet soothing rich verdant green color.

Emeralds were first discovered in Egypt, in Cleopatra’s Mines, approximately 1500 BC, then in India, then in Austria around the 14th century.  Emeralds have been found in many countries from Afghanistan, Australia, Brazil, and Zambia to name a few.  But by far Colombia is best known for producing the most emeralds, at least 50 -75% of world production.  The Muzo, Coscuez and Chivor are the three main emerald mines. 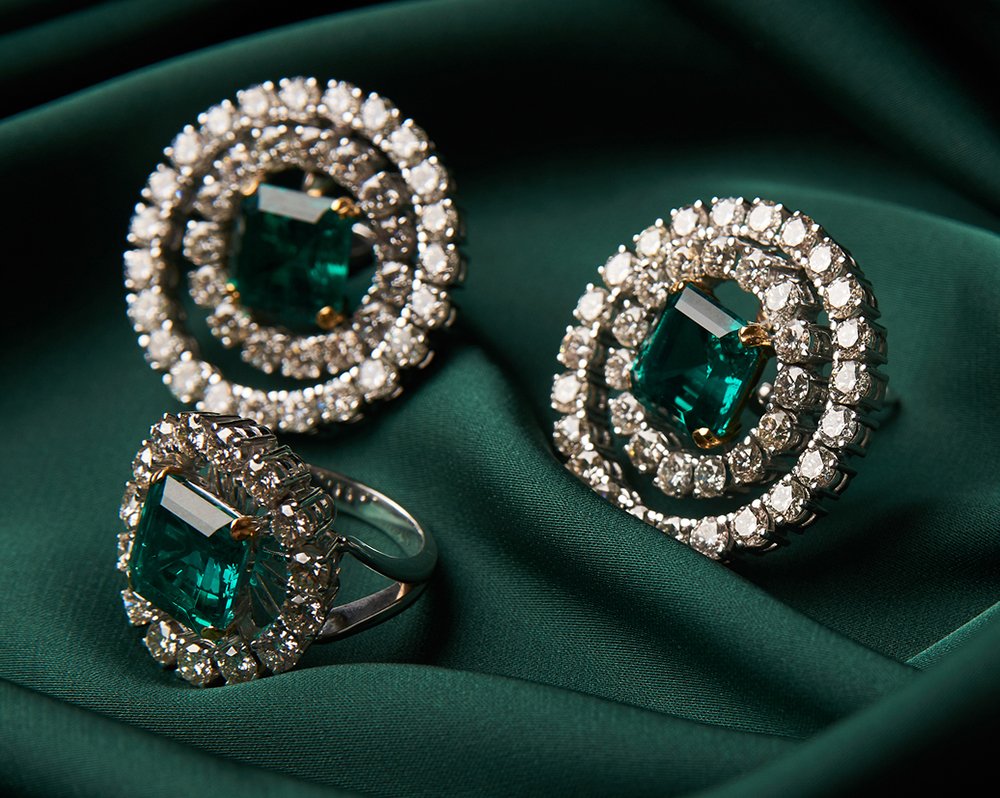 It is often difficult to determine the quality of chunk emerald in the rough.  Sometimes a gemstone cutter will have to cut away more than 50% of the rough stone to determine what the quality of the final gemstone is, which may end up weighing barely one carat and hopefully be one of fine quality.

But what determines fine quality?  We go back to the “C’s” — color, clarity, cut and carat.  With emerald it’s all about color.  The finest emeralds will exhibit a rich, slightly bluish green color with good saturation throughout the gemstone and without inclusions that are visible to the naked eye.  99.99% of all emeralds are “oiled.”  This is done to mask the natural inclusions that are inherent in emeralds.  Many emeralds are cut in the “emerald” style cut which we associate with the emerald but also show the color of the gemstone to its advantage. And lastly is carat, naturally we’d like a larger emerald if we were to choose but the larger and more perfect the emerald, the rarer it is and the greater the price per carat.

A few of the more notable emeralds are the Chalk emerald ring containing a 37.82 carat emerald, the Mogul emerald weighs in at 217.80 carats, and the Duke of Devonshire emerald, one of the world’s largest uncut emeralds, weighs in at and an amazing 1,383.93 carats.