and for the 19th wedding anniversary

Legend has it that the aquamarine was found in a mermaid’s treasure chest and sailors regard it as a stone of good fortune, to keep them safe at sea. The word “aquamarine” comes from the Latin “aqua” which means water and “mare” which means the sea.  Aquamarine is known for its captivating pure, light blue color which can sometimes also exhibit a lovely greenish blue color. It is most often free of inclusions and with good hardness, 7.5-8.0 on the Mohs hardness scale. The stones shimmer. Aquamarines are often found in large rough crystal forms and are ideal for gem cutters to fashion into creative forms suitable for jewelry and for specimen collectors. One such notable crystal was found in Brazil and weighed over 100 kilograms. Aquamarines are also found in other countries such as Zambia, Mozambique, and Afghanistan.

According to old folklore, it promises happiness in a marriage for those who wear it. 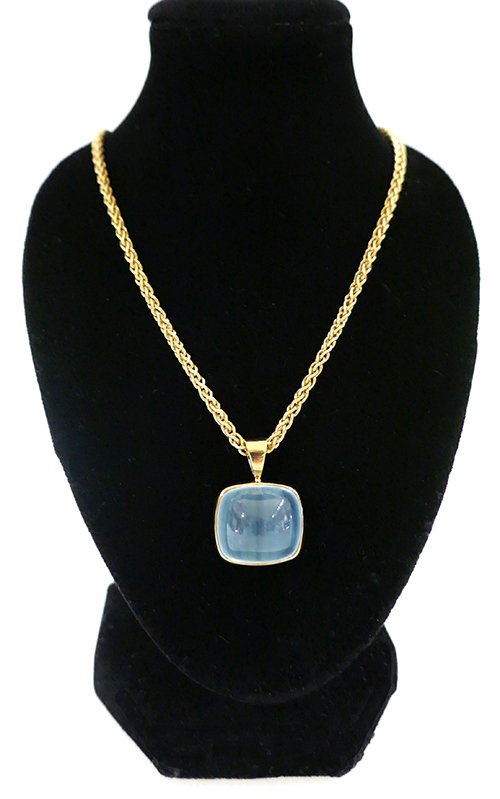