and for the 15th & 40th Wedding Anniversary

The ruby is known for its rarity and splendid red color that can exhibit a subtle purplish red to slightly orangey red.  In the ancient Sanskrit language, Ruby is called ratnaraj, which translates to “king of gemstones.” It is a symbolic gemstone associated with power and importance.

Ruby has its own history and folklore.  Around the first century AD, ruby was classified by the Roman statesman, Pliny the Elder’s Natural History who described ruby’s hardness.  It was believed that owners of rubies would live in peace, without conflict with the enemy.  As far back as 600 AD, Burmese warriors would have a ruby gemstone inserted under the skin to protect them in battle.  During the medieval time, Europeans wore rubies as talismans to protect their health, encourage wealth and wisdom and of course, success in love and romance.

It is a fact, rubies can fetch the highest price per carat of any other precious colored gemstone, making it one of the most important gemstones.  As recently as May 2015, a 25.59 carat ruby ring sold at auction for $1,266,901.00 per carat!  That’s an astounding $32,419,996.00 for a single ruby ring.  It really puts it in perspective how rare and precious an exceptional ruby can be.

The Mogok valley of Myanmar, previously known as Burma, is the source for some of the world’s most splendid and famous rubies.  Color is the most important factor and the finest rubies exhibit a pure, rich red to a very slightly purplish red color.  Clarity plays and important factor as the amount of inclusions can affect the brilliance.  The cut is often oval but, the shape of the rough often determines the shape as the gem cutter will optimize the rough to realize the largest cut gemstone.

A few of the more famous rubies are the Richard Burton Ruby, an 8.24 carat ruby and diamond ring given to Elizabeth Taylor during their marriage.  It was sold at auction in 2011 for $4.2 million.  The Carmen Lucia Ruby is considered one of the finest and largest Burmese rubies, presently in the collection of the Smithsonian Institute National Museum of Natural History.  And to commemorate the Wizard of Oz’s 50th Anniversary, Harry Winston Jewelers, created an actual pair of ruby slippers set with 4,600 rubies. 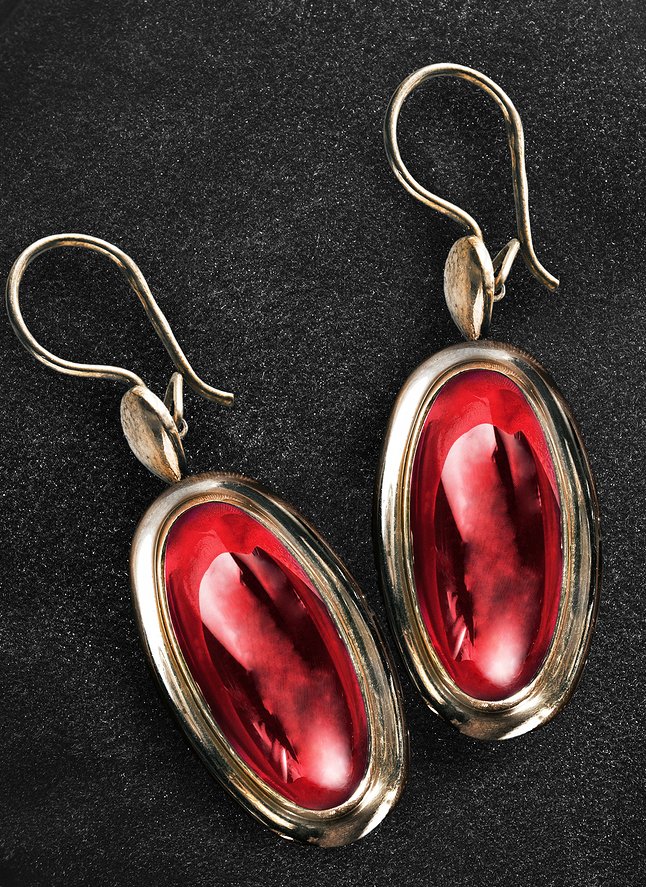 As always, we remain committed to providing jewelry and watch repair services in a timely manner and MOST repairs can be completed in less than two weeks. We can replace watch batteries while you wait (if not too busy) otherwise within one business day. For custom jewelry and appraisals, we strongly suggest that you make an appointment so that we can offer you our unhurried and uninterrupted time and attention.