and for the 18th wedding anniversary

Each new year begins with January and the month is represented by the gorgeous gemstone garnet which is found in almost every color of the rainbow. From rich, fiery orangey-red to vivid grass green, garnets are a favorite gemstone for jewelry designers. In medieval times garnets were used in rings, brooches, buckles and necklaces. One of the most famous garnet items was a necklace found in an Egyptian grave dating back to 3000 B.C.

The name “garnet” comes from the Latin word “garanatus” meaning “seed like” in reference to pomegranates and the bright red seeds you find inside the fruit. The garnet has been a symbol of prosperity and vitality. It is also thought to be a protective jewel against negative energy. Because of its rich red color, the stone has been associated with love, and is a great alternative gift to the more traditional porcelain for couples celebrating their 18th wedding anniversary.

Garnets are found in locations worldwide, including the U.S., Russia, Sri Lanka, Greece, Tanzania and India. While garnet occurs in a range of colors ranging from emerald to ochre, the red stones are the most easily recognized and are most popular in garnet jewelry. 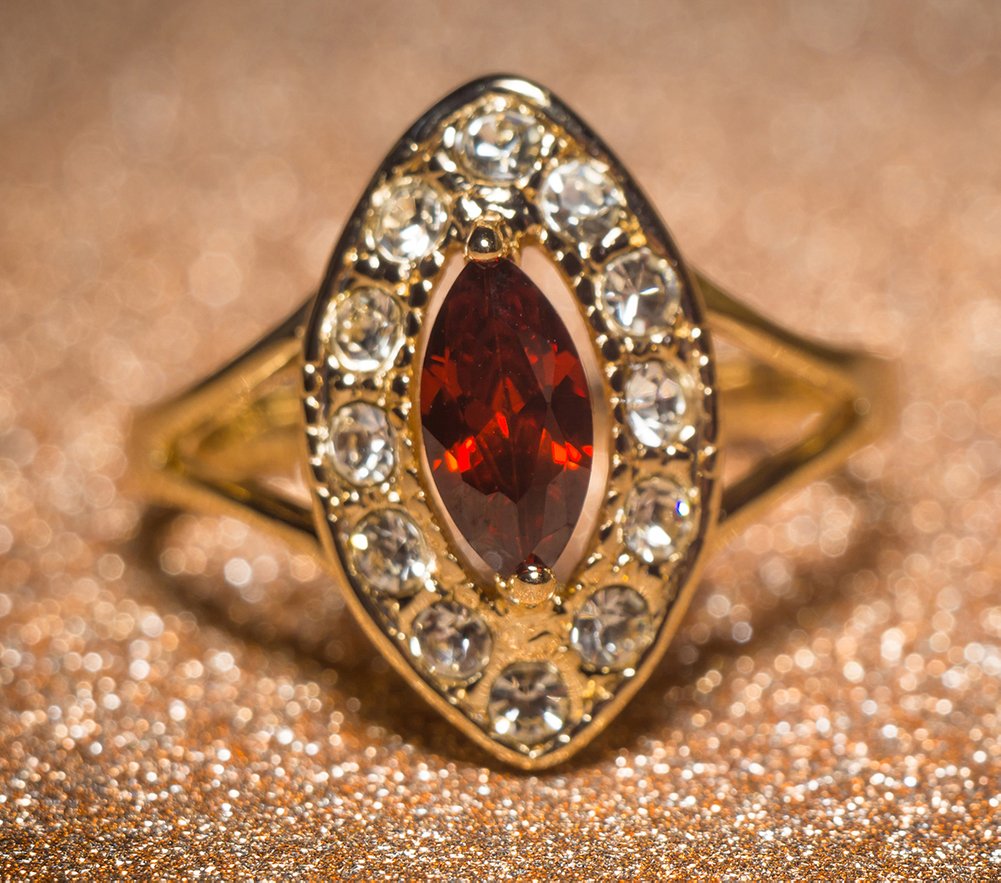