and for the 16th wedding anniversary

Peridot is also known as “evening emerald.” Ancient Egyptians believed peridot held healing properties and would guard against evils and reveal the insights of others through its magical power. Cleopatra thought she was wearing emeralds but, archeological evidence indicates that those emeralds were in fact peridots!
The word peridot is derived from the Arabic word ”faridat” which means “gem.” The Egyptians referred to it as the “gem of the sun” as it can appear a golden green. It was believed that wearing peridot would bring happiness and attract love. 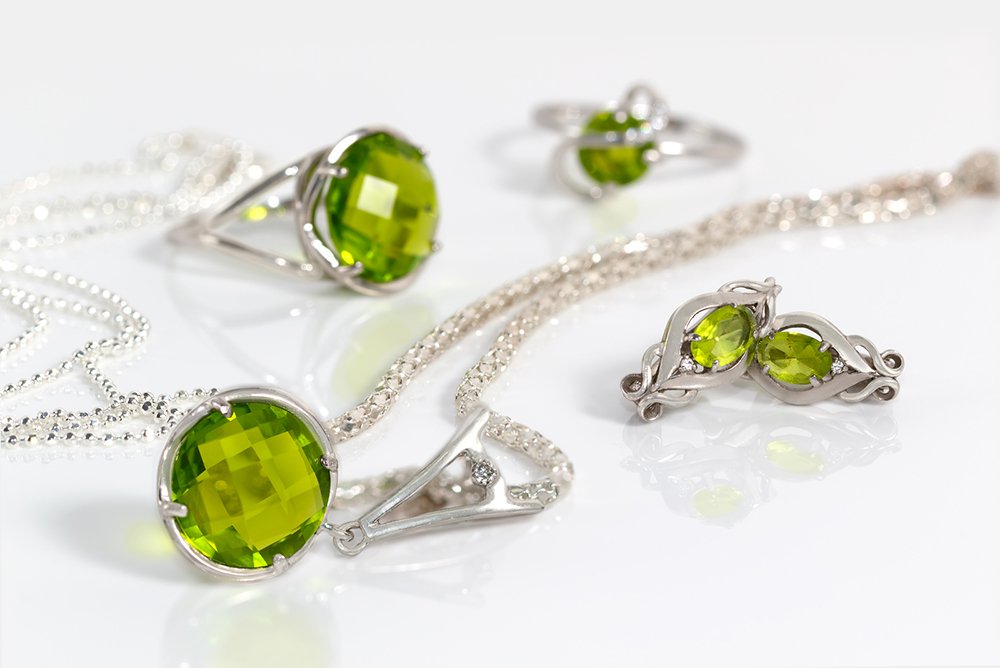 One of the worlds’ top producing peridot mines today is located in Arizona on the San Carlos Apache Reservation. The source is thought to be from a volcanic eruption which occurred over 2.5 million years ago. Arizona peridots range in color from yellowish green to deep rich olive green. Sizes can range from small melee to three carats and even larger gem crystals have been found. One of largest gem peridot found in this region weighed in at 34.65 carats!