and for the 60th wedding anniversary

The traditional April birthstone, diamond, is the symbol of everlasting and unconquerable love. So, it is appropriate that the 60th wedding anniversary is known as the “Diamond Anniversary.” It is believed that wearing diamonds leads to better relationships and increases inner strength as well as other benefits such as bringing balance, clarity, and abundance to the wearer.

The name for diamond in Sanskrit was vajra, which also means lightning. In Hindu mythology, vajra was the weapon of Indra, the king of gods. Adapted from the Greek word adamas, meaning “invincible,” it might surprise you to know that diamonds come in many colors, including green, pink, black, red, orange and yellow. The color of the diamond is a result of the impurities or trace elements in the stone’s chemical composition. For example, black diamonds are a result of graphite and iron inclusions and the presence of nitrogen gives a diamond a yellowish color. 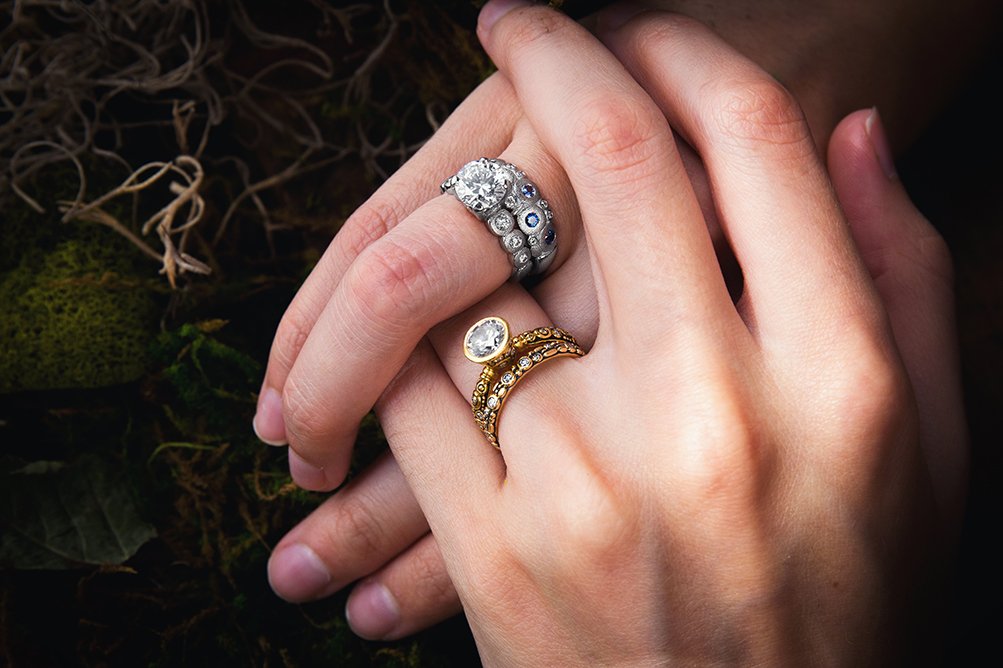 The quality of the diamond is based on the four C’s – color, cut, clarity and carats. For more detailed information on these, see our Diamond page.

As the April birthstone and a traditional symbol of everlasting love and commitment in wedding and anniversary jewelry, diamonds have won the hearts of many and remain the most desirable gemstone today. Acknowledged to be the “King of all Birthstones,” diamonds are the ideal choice for an April birthday gift – he or she will love you for it!